“Indifference to the fate of Afghanistan will lead to an increase in violence, deterioration in the lives of its people, the outbreak of an imposed civil war on the scale of the 90s of the last century, a humanitarian catastrophe, the continuation of this country’s role as a breeding ground for international terrorism and a serious threat to security and stability in the region, and in other countries of the world”- said the President of the Republic of Tajikistan Emomali Rahmon today during his speech at the solemn meeting on the occasion of the 30th anniversary of State Independence..

“I outlined my views in detail on the situation in the neighboring and friendly country — the Islamic Republic of Afghanistan on July 22 of this year. Observations and analyses show that over the past month the situation in this country, unfortunately, has become even more complex and tragic, causing serious concern in the countries of the region and the world” – he added.

He stressed that the people of this country, who have lived in a state of war and instability for more than forty years, have recently faced greater problems in security and social protection. “In this regard, I would like to reiterate once again that the people of Afghanistan with its thousand-year history, civilization and culture are not to blame for such a tragic situation. The instability and tragedy that befell the people of this ancient country are the result of the intervention of foreign countries, i.e., the actions of interested parties in the region and the world, which still continue. Therefore, on several occasions I have announced the position of Tajikistan in relation to Afghanistan. We support the early restoration of peace in this friendly country, with whom we share common language and culture, through the creation of an inclusive government that takes into account the interests of all national minorities, the opinion of all people, adheres to respect of the rights of citizens within the framework of the norms accepted by the world community with the key role of the UN in advancing this process” – emphasized leader of Tajikistan Emomali Rahmon .

“I would also like to emphasize another important point that the world community, including the countries concerned, do not have the moral right to leave the Afghan people alone with the problems that have arisen” – Rahmon added.

Therefore, I would like to recall once again that it is not the fault of the people of this country for the difficult and catastrophic situation has arisen in this country.

“I am surprised that all international human rights institutions remain silent and do not show any initiatives to support the rights of the Afghan people” – Rahmon noted.

“In this regard, I would like to note once again that over the past twenty years, from the tribunes of international organizations and other international forums, I have called on the world community to resolve the Afghan issue on several occasions, stressing that there is no military solution to this problem and it should be resolved through negotiations only. However, the international community, including relevant stakeholders, has shown some indifference to this issue” – he noted.

As a result, the problems in Afghanistan have affected the entire humanity today. “In this regard, taking this opportunity, I once again call on all international organizations, countries of the region and the world to take urgent and collective measures to address the issues of this country and create a government of national reconciliation, taking into account the interests of all nations and minorities living in Afghanistan, and provide humanitarian assistance” – he concluded. 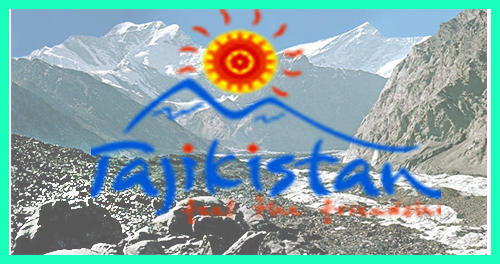